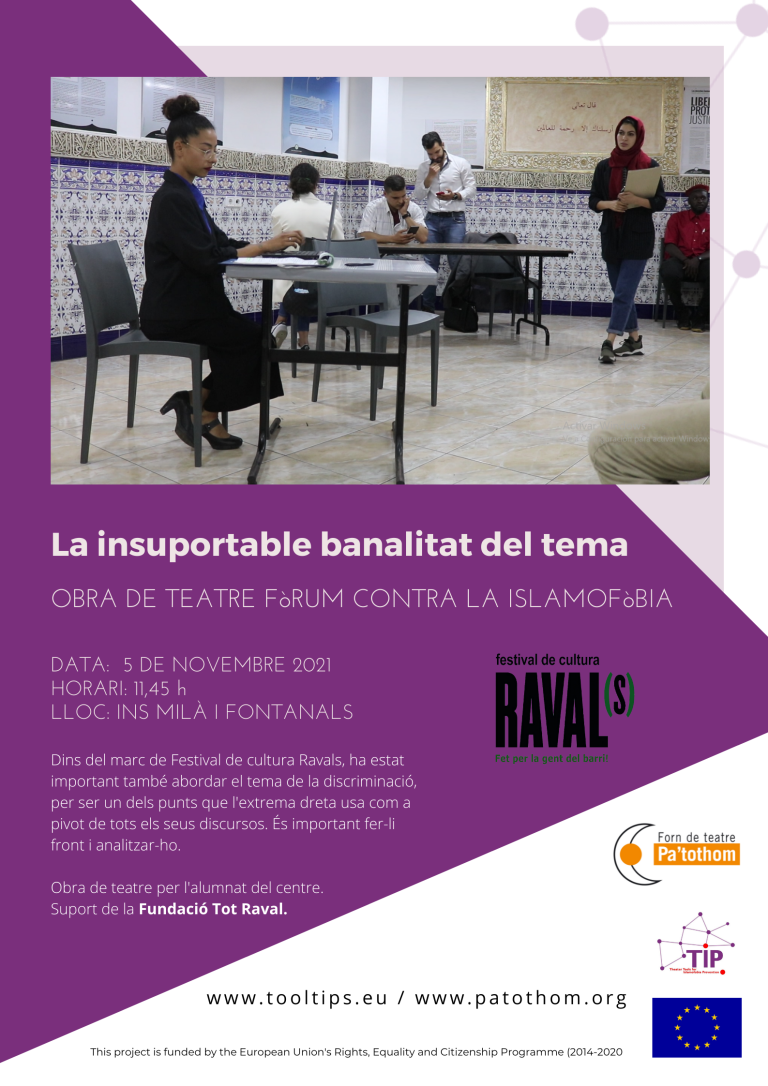 “The unbearable banality of the subject”

Synopsis
Different pictures are put on stage that are experienced by Muslim people or people identified as such, which are quite heavy, but which are everyday, feeding the discourses of the extreme right and which are metaphorical.

Experiences are presented in the field of work and academia.

The project was born with the participation of about 25 people who conceived a work against prejudice, stereotypes and discrimination suffered by Muslims, and it is conceived as a fight against this type of behaviour.

Organised and supported by: Fundació Tot Raval within the framework of the Raval’s 2021 Culture Festival.