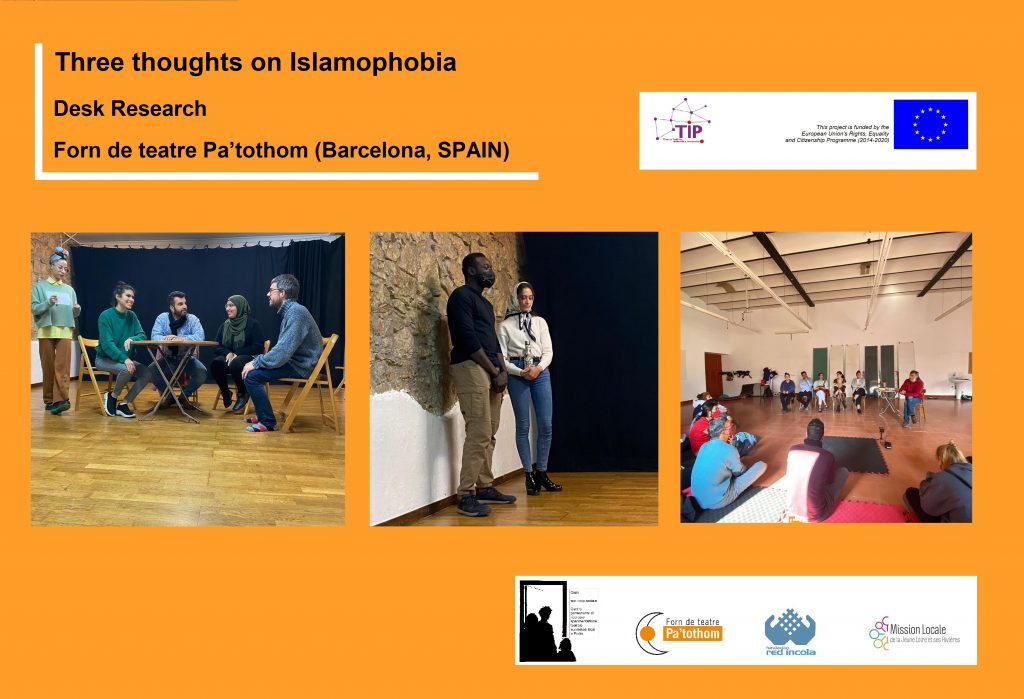 This article addresses the increasingly worrying problem of Islamophobia in Catalonia,
also analyzing some points in common with the rest of Spain and Europe.

In recent years, between the rise of the extreme right world-wide (USA, Great Britain, Brazil), the defeat of the left and the threat of terrorism, Islam in Europe has become a central topic of debate. At the same time, almost all European countries have registered an increase in the practice of the Muslim religion. But the most serious problem is the perception that people have of this increase, since, believing that Muslims, even if they are European, have customs that are far from those of the European majority (which in our opinion, if any, are not important), such as the use of the veil and Ramadan, a discourse has been created that identifies this visibility as a problem to what is supposed to be the modern values of the West, and the reason why they have become the focus of numerous attacks and Islam is often seen as a threat.

This desk research is aimed at addressing the problem of islamophobia and not Islam. We believe it’s the duty of Muslims, if they want to, to explain Islam, not us. Furthermore, explaining Islam to oppose islamophobia seems counterproductive to us, since it’s equivalent to being defensive, as if the practice of a religion had to be explained beyond the right to religious freedom itself. Islamophobia is racist and classist, and identifies racial construction by conceiving that a difference in a body is inseparable from the construction of a collective body. Among those who believe that the Muslim religion is incompatible with Spanish society, the Islamic veil becomes a symbolic reference for this misunderstanding, with women being the most affected.

In general, Muslims coming from large cities in countries with a long-standing secular tradition, such as Iran, Turkey and Tunisia, do not usually have many problems being positively perceived by European society. That also applies to the majority of Alevi Muslims (a branch of Shiism to which 20% of Turkey’s population belongs), who have a more liberal interpretation of the religion. On the other hand, Muslim families coming from rural areas or countries like Bangladesh, usually have more problems, because islamophobia is racist since it’s assimilated to physical traits (racialization) and the use of the veil is rejected, which in this case, many times is a Chador.

However, in general, the European has more difficulty accepting other minority customs in its territory, such as the wearing of headscarves, the roles of each sex, or strong religious convictions, which have confirmed their prejudices with a lack of information and have turned the entire Muslim community into a scapegoat used by populist politicians. This is what Bichara Khader1 warned in 2015 that Europe was “building” a problem and later (2017), it became worse thanks to the rise of Trump in the US.

In 1978, Edward Wadie Said, one of the most important philosophers of the 20th century, publishes “Orientalism” and analyses the false conception that has been generated of the East from the western perspective. The East is everything that Europe and the USA are not, and here, begins the construction of the great abyss that separates the two, where -he warns-, there are some called “us” who are against everything different, achieving the imposition of a unique worldview and perpetuating colonialism.