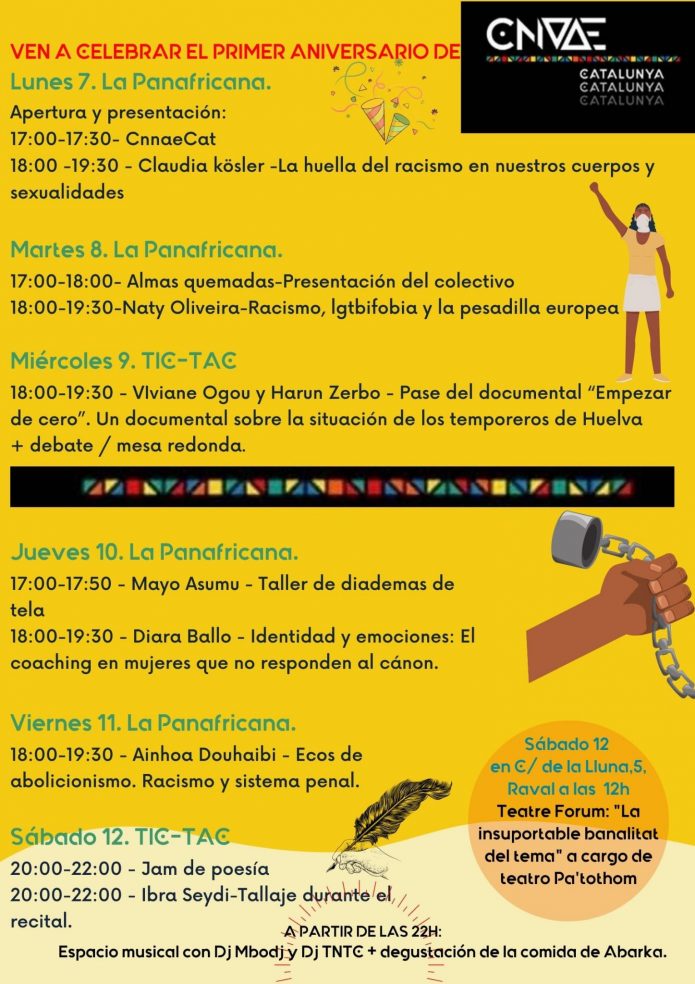 The Association of the Black African and Afro-descendant Community of Spain (CNAAE) is organising a conference to celebrate its 1st birthday.

The conference will be held from 7 to 12 June. Check the programme.

Pa’tothom has been invited to perform a forum play.

“The unbearable banality of the subject”.
Forum play against Islamophobia.
Performed by Forn de teatre Pa’tothom

Synopsis: a play that explores the lives of Muslim people in different spaces such as at work and at school.

Within the framework of the European project TIP.

Admission will be on a first-come, first-served basis.

With the support of:

With the participation of about 25 people, a process of creation of a theatre play is opened as a collective fight against prejudices, stereotypes and discrimination suffered by Muslim people and it is proposed as a fight against this type of behaviour.